Our agenda is strongly aligned with the UN Sustainable Development Goals (SDGs) as a way of benchmarking our success on a macro level. The group firmly believes in continuous sustainable development and social impact. Backed by the legacy of Padma Shri Machani Somappa who was a philanthropist and social revolutionary, every endeavour of ours aspires for the greater good. 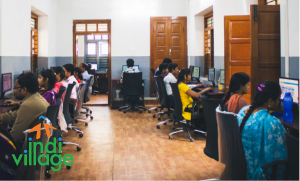 The group's sustainability initiatives are led by the umbrella company, IndiVillage. Started in 2009 in direct response to Dr. Abdul Kalam’s advice for corporates to concentrate energy on giving back to society and focusing on rural India, Indivillage helps provide jobs to rural youth and women so that they are prepared to be independent and empowered. IndiVillage offers IT and ITeS services and reinvests profits back into the society and into the villages. IndiVillage pursues a vision to ensure all villages invest in children’s education, nurture their present resources, and commemorate their natural heritage craft by integrating into the information economy of the 21st century. 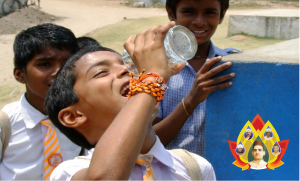 Rural India is a place where clean drinking water is scarce. Waterborne diseases are prominent, and education about drinking clean and sanitised water is not provided in many secluded areas. Yemmiganur, a small village in Andhra Pradesh, is among one of these areas. The main source of drinking water for the people in this village is tap water. Unfortunately, this tap water is not safe to drink. It contains various bacteria, impurities, and sometimes even dangerous viruses. Without this knowledge, many living in this area are ending up with life-threatening diseases and even severe disabilities. Established in 2015 by MG Charities, The Machani Ramanna Drinking Water Services provides clean and safe drinking water to people in Yemmiganur town and surrounding villages.More than 2000 families and 2500 school children benefit from the clean drinking water every day. 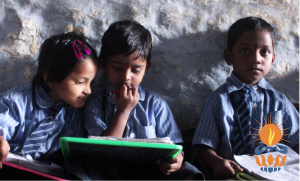 The Machani Shanthamma Ramanna English Medium School is an upper primary school that provides education in the Kurnool District of Andhra Pradesh. The school not only provides education free of cost but also free breakfast and tea time snacks for all the children. The school is well equipped and technologically advanced. The children are provided with Smart Tabs with WiFi connectivity and computer labs. At present, the school has more than 400 students. The school even offers an opportunity to sponsor a child's education and 3 meals for a whole year for a sum of USD 200.